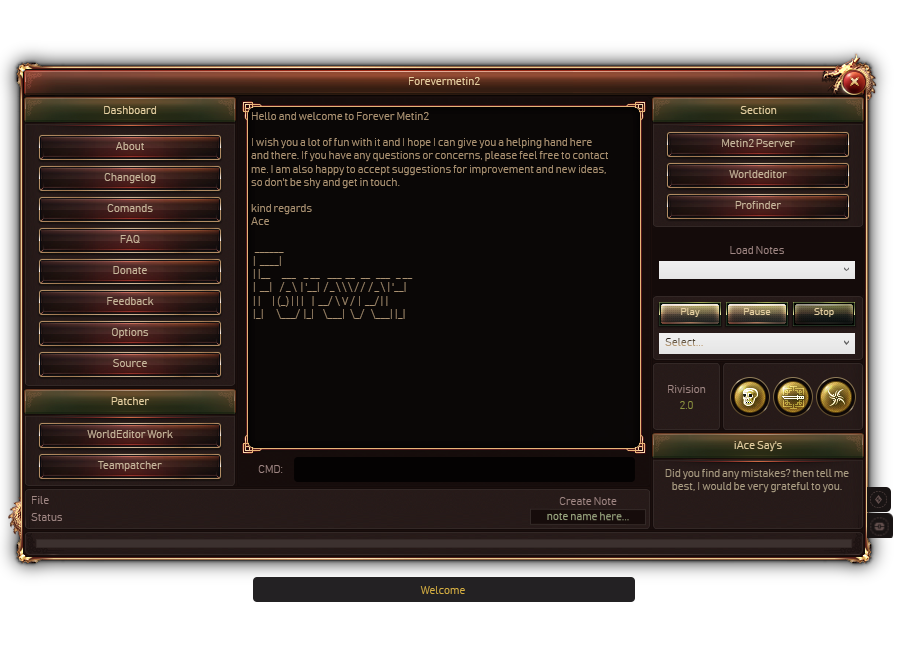 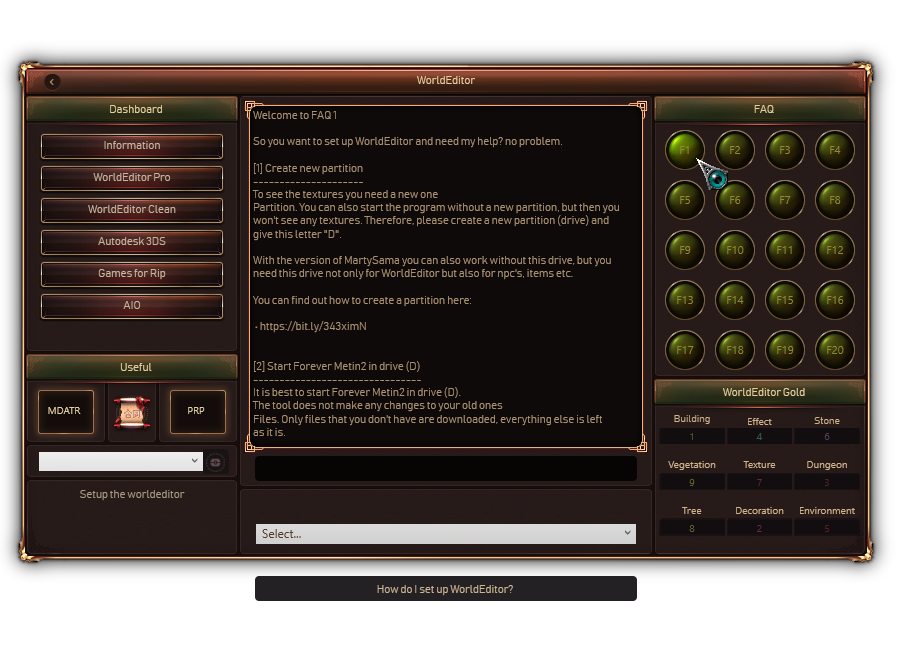 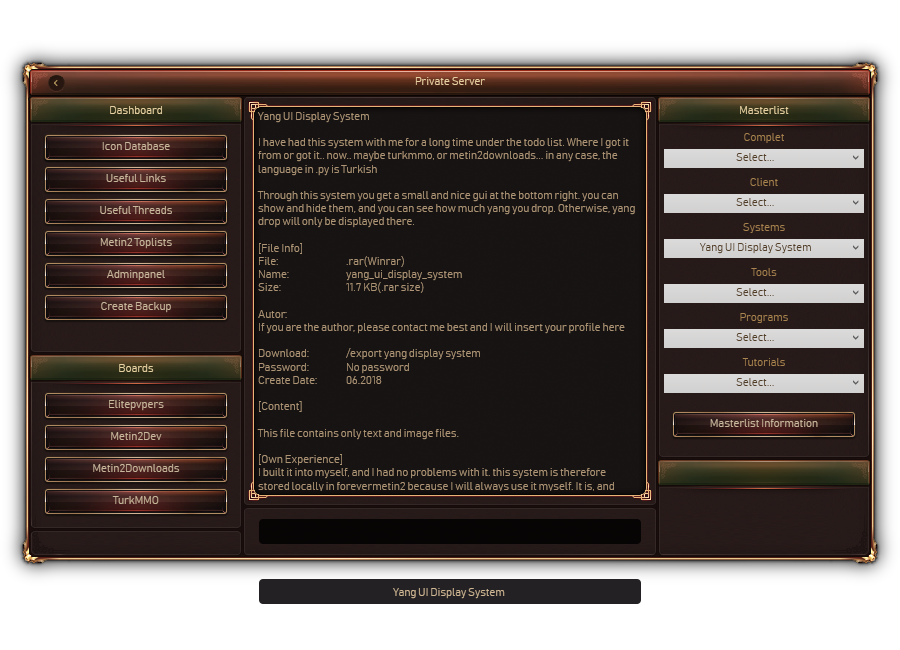 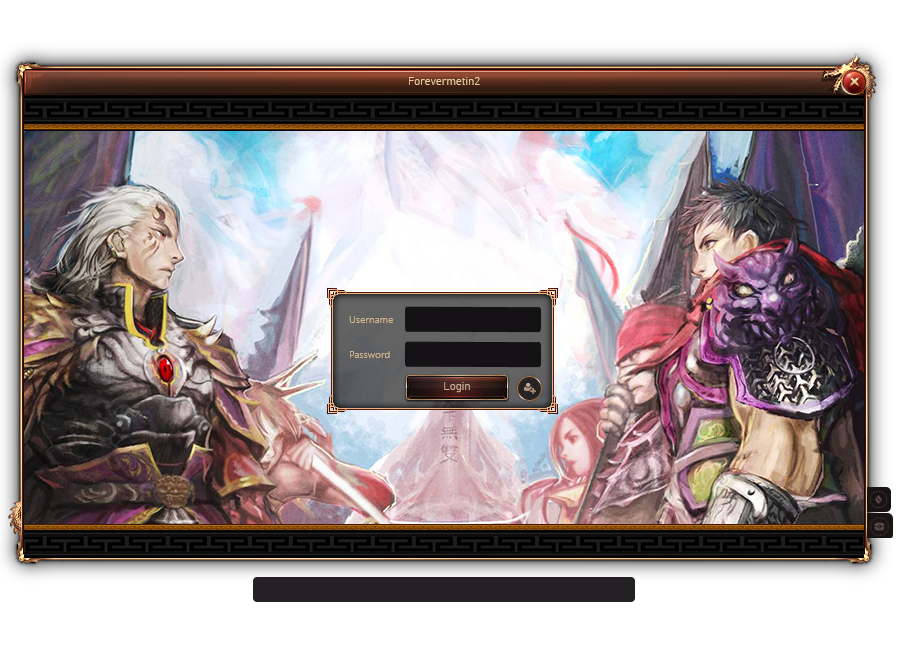 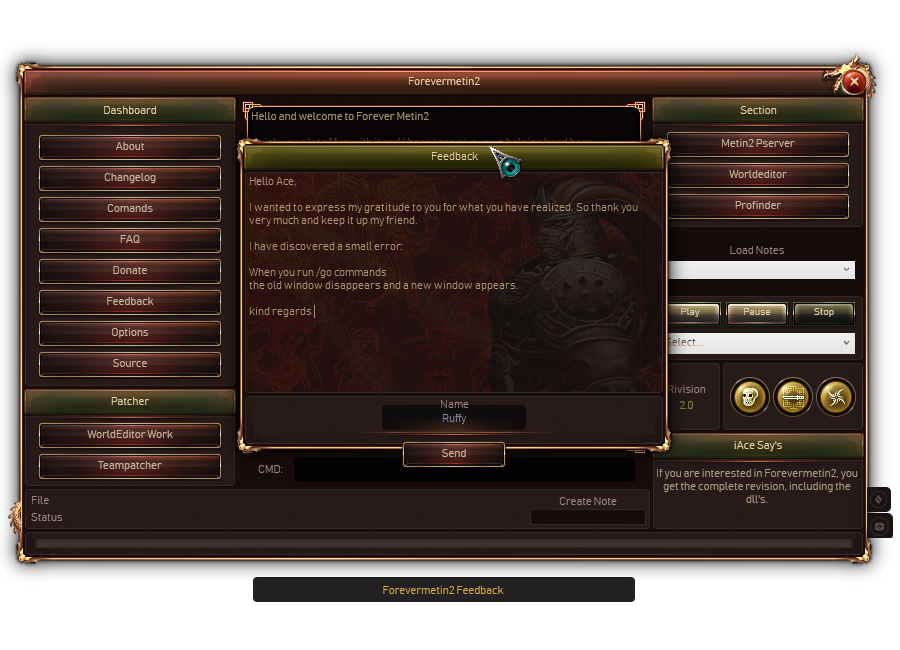 I can tell you, there's a lot of work involved. First the idea had to be found, then the layout, then the content and so on. WorldEditor section is almost finished. There are enough tutorials from my side, and also the starter sets. Through this section you can map immediately.

Whenever you want, export WorldEditor Remix and all associated files using the command. 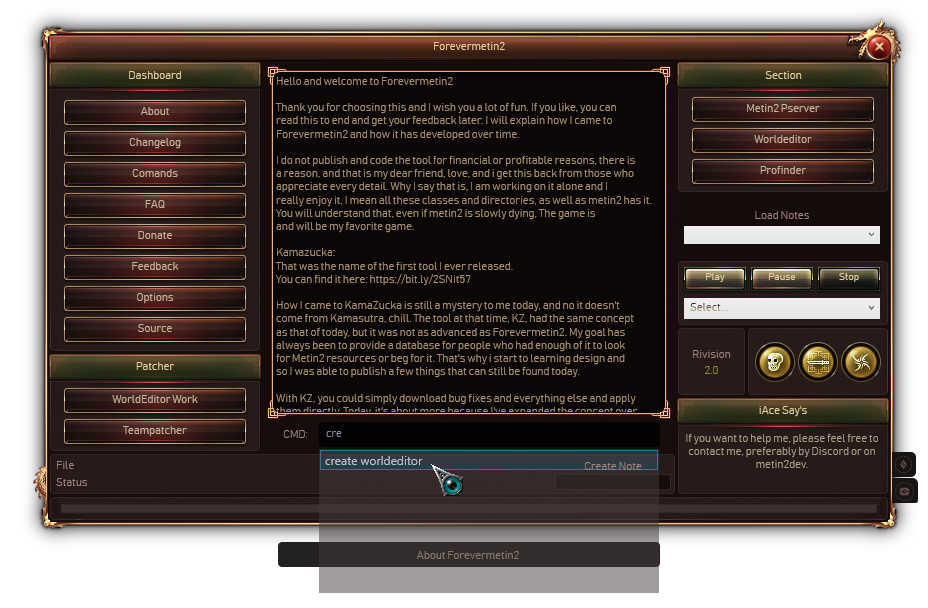 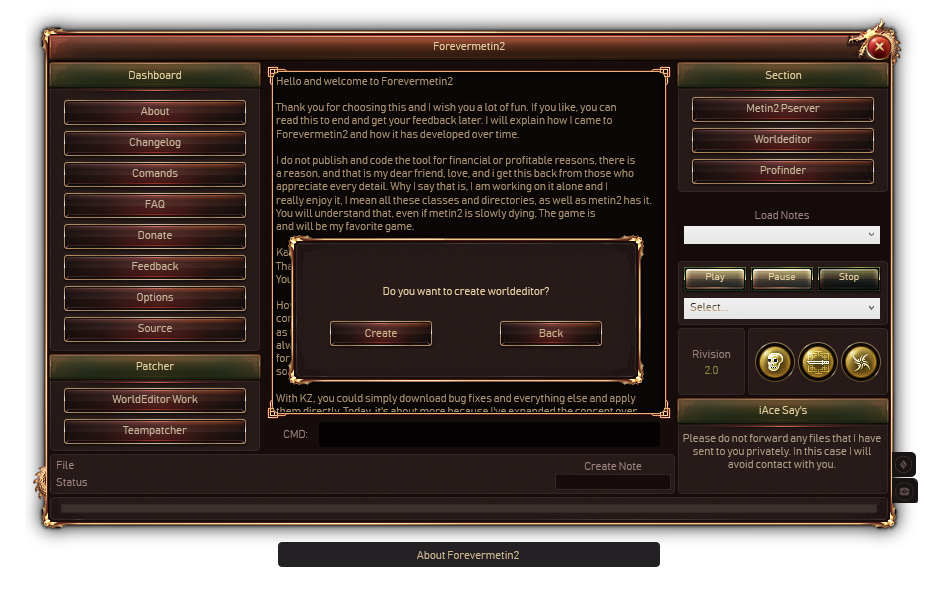 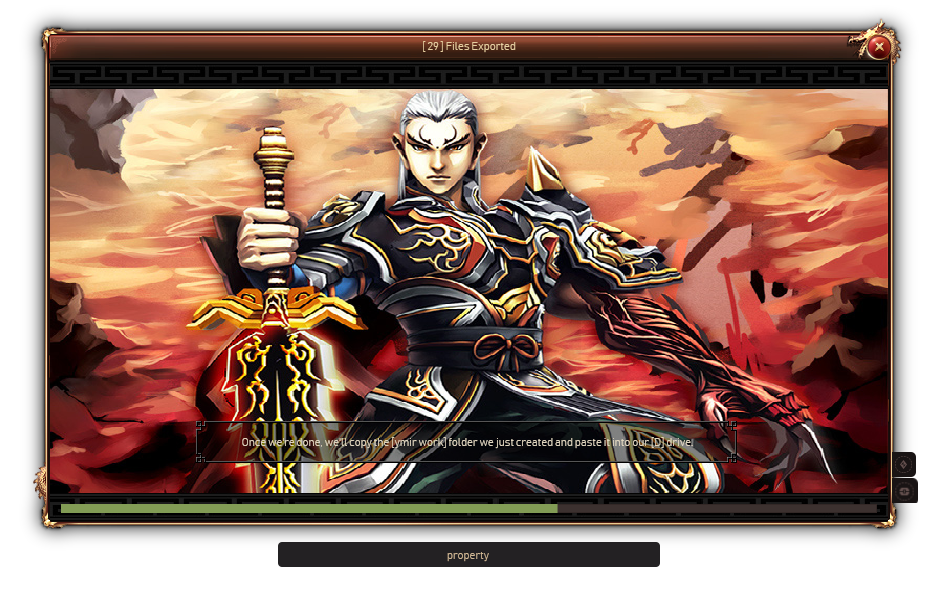 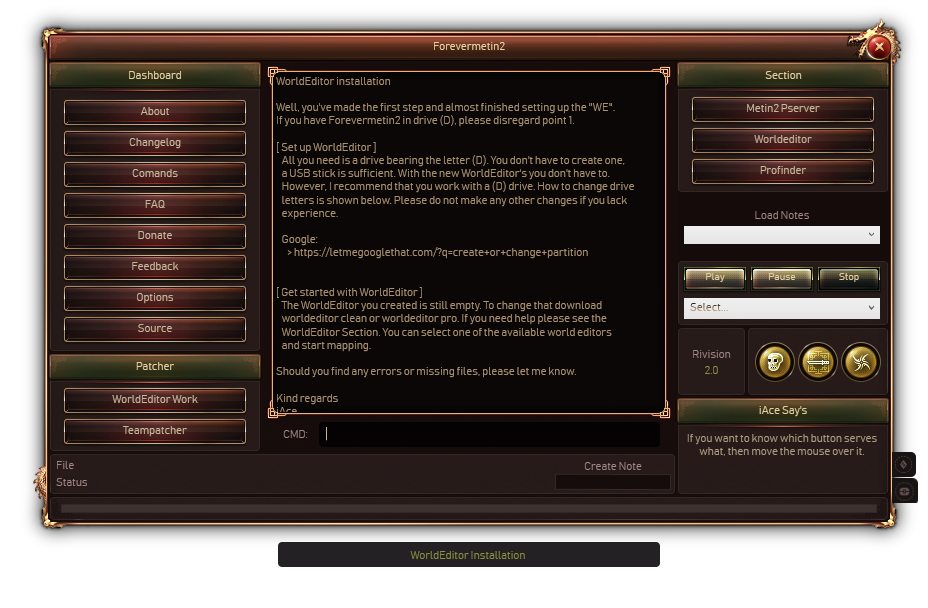 Yes, the Pserver section is also available in R2.0, and it takes a lot of time.

It offers tools, programs, system and everything you need for a server construction. All links and downloads come from different forums. Forevermetin2 has just been born, so it takes time for it to be much more than it is now.

There are many tools and programs that you have to find first, and if you have found something similar after a long search, you get viruses and the tool or program does not work at all as it should.

A small system for Forevermetin2 by Sophie 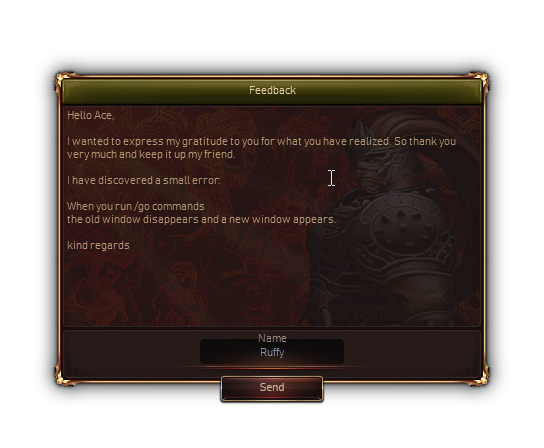 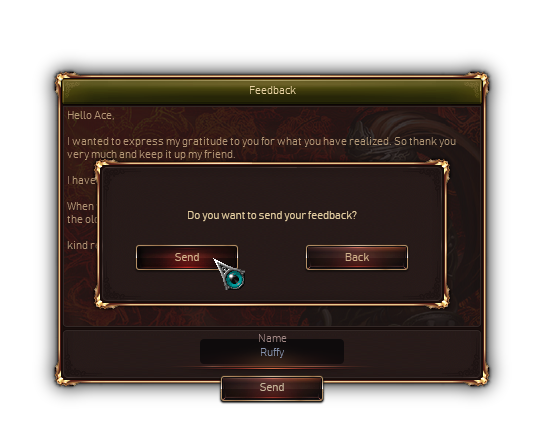 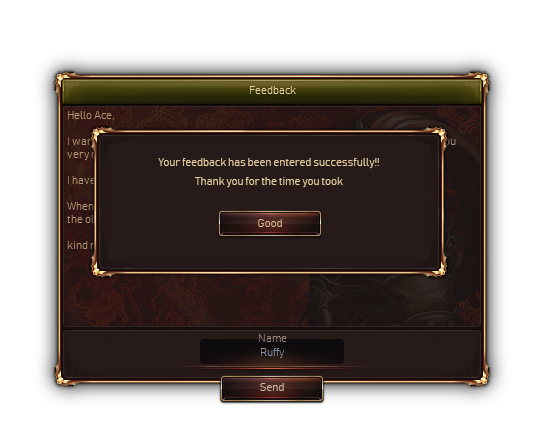 Very smooth, right? I find it very nice and even very practical. It is a very simple code, which has been coded by Sophie.

It's very simple and you can extend it. You enter in the text field your message, and enter your name there. Then just click Send and your message will be saved in an HTML file that only I can see. Now temporarily, later you will be able to see the news. It is provisional, so there are still small mistakes.

Here I explain everything about the login system and why I think it makes sense.

So that we have that behind us, why it needs a login at all, I answer the question already now. The question is answered very simply, namely: Only selected ones have access to all Forevermetin2 functions. There are also functions where you could damage my server and I do not want that or certainly do not want to support others who support this project.

Login as a guest

You can also log in without a login, with the guest account. The guest account has access to all functions of the Forevermetin2 for free Or "Without an account" to offer. You can switch off the "Online Mode" function if you want to stay offline. If you remain offline, you can only access the Local Resources. It sounds like little, doesn't it? But it's not, and you can try it out or test it yourself.

Login as a member

This login is, ATTENTION: Individually assigned by me, and is not for sale. Requests for a login can be sent to the email below.

Here's what I need from you:

 Content of the message:
Your desired name, i.e. «Username» And! Your desired password which you will only use for Forevermetin2. Optionally, you can leave the email where you want to get news. The email will not be passed on unless a Nova fumbles to my server.

Turn off the login system

As already mentioned in point 2, you can switch off the login. If you switch it off, you will be directly to the loading screen when you start the tool. To do this, call up the «Options window» and simply switch off the online mode. 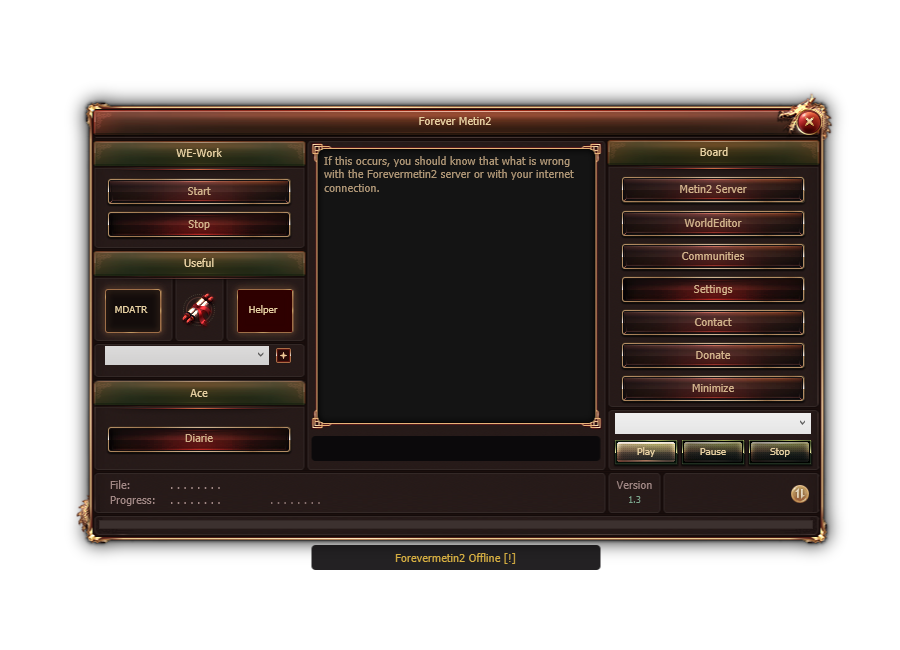 The design was made by KingSora for the Metin2 community. You can download all the changes I made, as well as download the original illumina design.

All content from Forevermetin2 is free to use, so please watch out and don't let it turn you on. Forevermetin2 will not have any commercial content to offer. All content is free, as well as on WorldWideWeb. With a more detailed search you will find everything that can be found here and the tool accesses them individually.

All that Forevermetin2 makes available for download are different letters in summary, it is a link to another website. Forevermetin2 has a single website, this one, so please be careful and beforehand Inform.

Requests to source are ignored, so please don't ask for them.

If I violate any rights with it, I ask for an e-mail, and what exactly I should have violated. In the case of a legally worthy complaint, everything will be removed.

This is taken into account in case of complaints

Files that can only be found in Forevermetin2
Files that you have created yourself, from 0% – 100%
Files belonging to your forum / website
All possible requests from Gameforge (Ymir)

This here will not be removed or changed on any requests

The homepage, the name, and the e-mail address
Forevermetin2 interface as well as the complete code
All files you can find for free on Google

I don't benefit from Forevermetin2.
Forevermetin2 is not and will not be a P-server
I don't run p-servers
I do not offer any advertising for P-server
The code is not from Metin2
All downloads come from the WWW.

I thank you in advance for working with all of you and I hope for help with Forevermetin2 or to give a chance and bring it to life.

I can't name an exact release date, or rather, I can't guarantee it. I don't work very often, and when I work there is a lack of knowledge here and there, which in turn robs me of time. Surely it will come at some point, and if not, you will get the source.

Information about the source

Forevermetin2 was coded using C# WPF. The project is free of charge for the Metin2 community, and thus also the source. For my work that I have invested in Forevermetin2 Code I ask nothing, unless someone donates something to me as a thank you. The license belongs to the Ace (Me), and cannot be issued by a single person as its own. Only I can call Forevermetin2 my own. I am the only one who owns the rights over all my code, layout and structure. The downloads that do not originate from me do not apply under my law. The right over the graphic files and a thank you go to KingSora.

The source release will be announced on Forevermetin2 Discord channel and Metin2Dev. Until then, the source will only stay with me. Making copies of the old or new source is up to the one who needs it, but you know: original is original, and can never be faked.

Be sure to visit

I allowed myself to create an account on Github and tested it directly. Github is convenient, and I'll use it more than I do now. 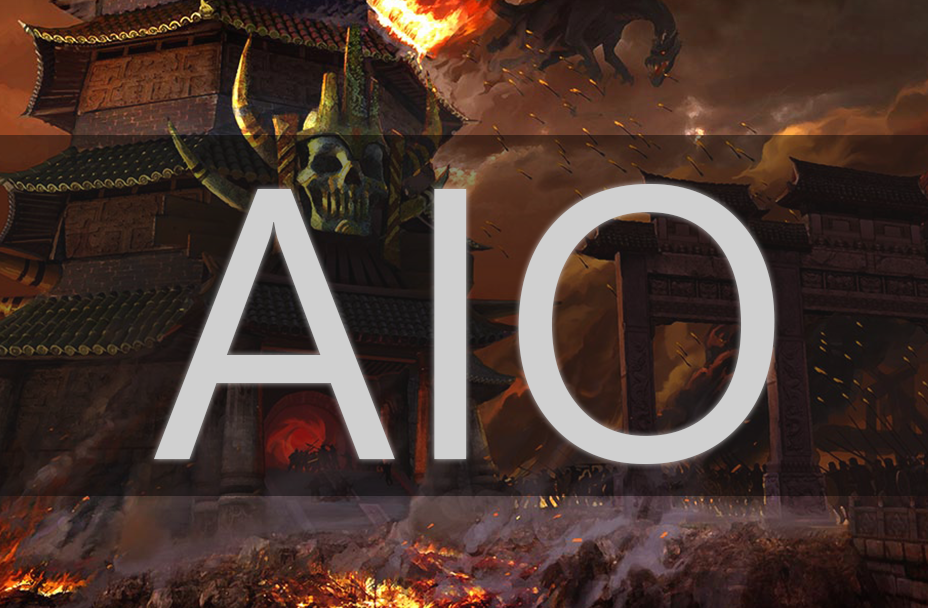 Many years ago I started with Metin2, and today I still sit there and dedicate the game the last honor from my side, then I say good bye to it. The game that was published in Korea in 2004, or rather saw the light of day, is doomed today. But it keeps itself alive, and in every way you can imagine. Unfortunately, the game cannot survive on its own, and without the right Metinians it is practically impossible that Metin2 will have a future.

Learn more about Ace and the making of Forevermetin2

That's what I was called on Elitepvpers back then. After a ban I was called Cryprime. This Cryprime was banned for alleged Thanks Pushing and a message from Keyto out of revenge. The moderator was a friend, and so you could quickly find a reason to block my second account. In the end I was called Ultrashock, and from then on I dived down forever, and switched to Metin2Dev, just when the forum was 3 days old, and to this day I can be found under the name Ace.

I have been in the Pserver scene since 29.11.2010. Before that, I played Metin2 with some German friends, while I was or am lively in Switzerland. I was only able to play Metin2 at the beginning of 2007 because I didn't have my own computer at home. I love the beginning of the times and I still try to bring them to life in some project.

I learned a lot in this scene and what was very memorable is that there were legends in the scene, but no heroes. I was insulted, exposed and bullied, on elitepvpers. Visit my profile, or rather look at all of them, and you will notice what I was looking for in the scene. My goal has always been for the others to set their sights on and to give people what they should pay for. I gave you objects, npcs, monsters, maps, tutorials and much more. The only thing I wanted was or still is:

A community that sticks together and doesn't give bullying a chance.

The picture you see above is from the famous Anima and Manga One Piece. Watch is Puma D. Ace, a character who had to say goodbye very early, with a sentence that has been very memorable.

Was it good that I was born?

Since the day I have this quote, I always call myself Ace, even if he is no longer alive, his personality is my personality. Under these names you will find me on Metin2Dev, and on others iAce.

The times on elitepvpers were funny and yet associated with a lot of excitement. The community was very young at the time, and the ban rate was very high. They rarely or not at all helped each other, unless you wanted to show yourself. There were many legends that I respect to this day, and also dedicate a big thank you to them. Kamazuka was Forevermetin2's grandfather. The tool almost couldn't do it because I wasn't that good at coding either. The meaning and purpose will be seen more and more in Forevermetin2.

Never check for Basic files again, and don't always get any viruses on your computer. Don't download 100 things that you've probably already stored somewhere. Forevermetin2 is enough, all the downloads you really need are stored locally forever.

Thank you for reading a letter and understanding the message behind it. If you are Forevermetin2, you are Me, we will forever have a common hobby, which will never die out thanks to us.

All in One Mapper Package

If you want to start mapping, I recommend to work with it.

Here you will find the WorldEditor and its associated files. After downloading you can already start to folders, all objects and textures of the official Metin2 clients are included in it. This image you see was created with v3. 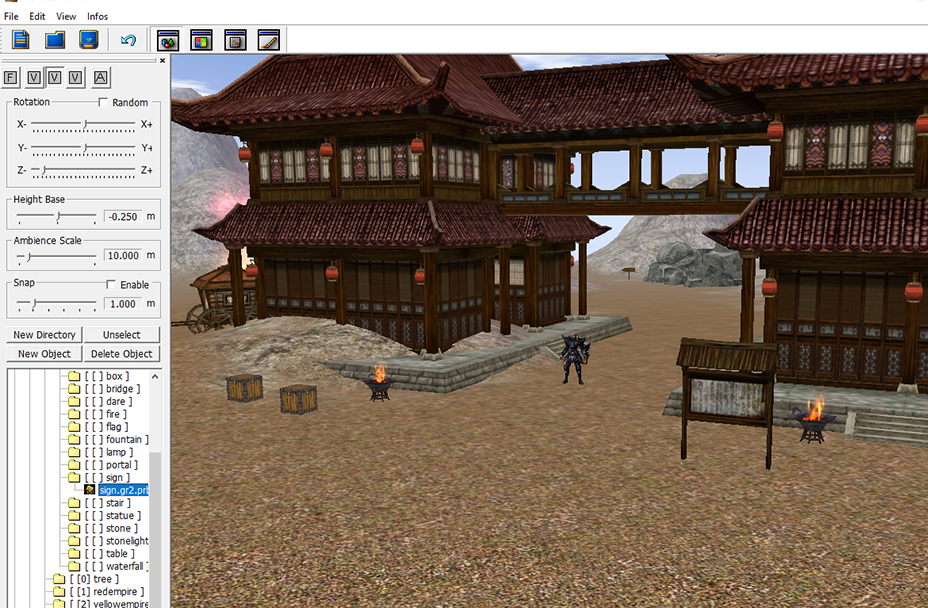 Unzip, unlock and export other games. Get new objects or edit the old objects. 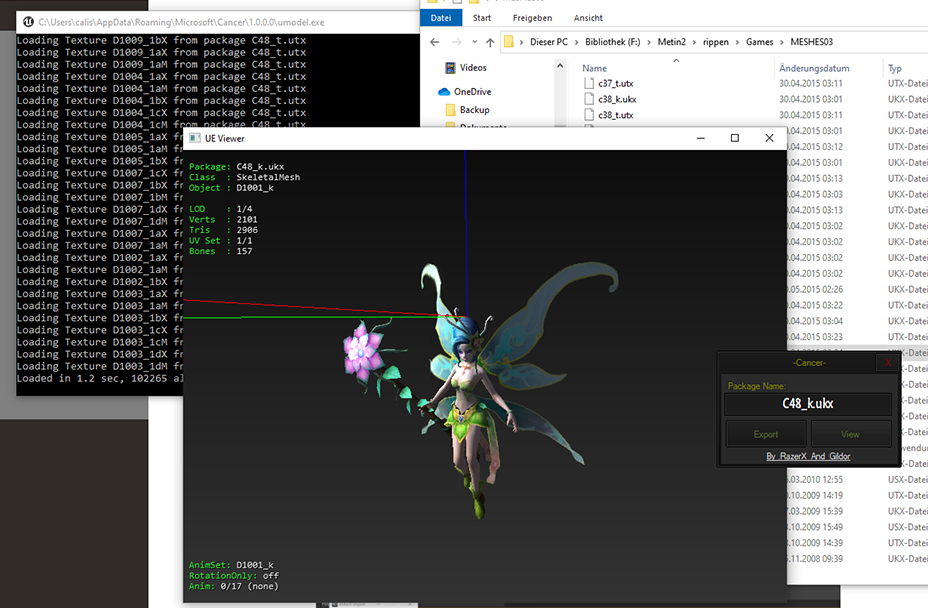 Would you like to have the house of the general store a bit bigger? In this folder you will find almost all objects in *.ms format. Simply drag and drop it into 3D's Max 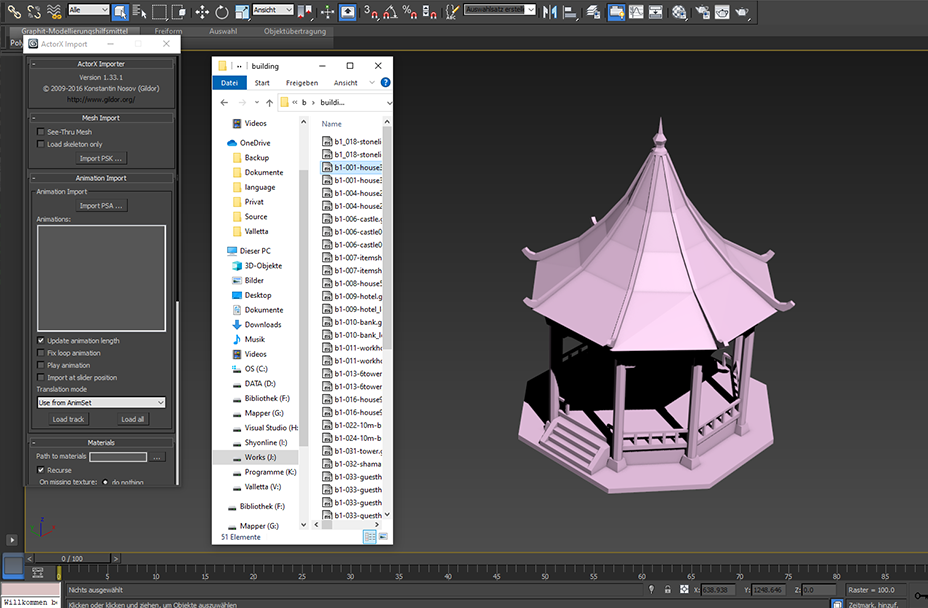 Welcome to this homepage

All content except for the Forevermetin2 Source, which I wrote myself, can be found in google if you search for it. On this homepage I do not offer any files or sources. Inquiries about Metin2 Source are not answered, and are always ignored. I don't give support to Source from Metin2, except for WorldEditor.exe. This homepage is not a private server homepage, but a fan homepage. I do not operate a private server with this homepage, and do not earn money from it.